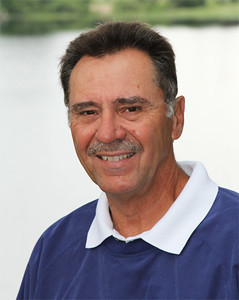 The POMA/ASA Homer Circle Fishing Communicator Award recognizes a journalist who exemplifies the spirit, dedication to fishing, extraordinary talent, and commitment to mentoring the next generation of sportfishing communicators as displayed by outdoor journalist legend Homer Circle during his storied career.

The award was presented July 9, 2014, during the International Convention of Allied Sportfishing Trades (ICAST), which is produced by ASA, the sportfishing industry’s trade association. POMA is the premier professional association representing the traditional outdoor sports media.

“It goes without saying that I wouldn’t be here were it not for the likes of many who took me under their wings,” said Stout. “Not surprisingly, Homer Circle was one of them. As he did with so many, Homer invested in me and encouraged me to pursue my dreams of being a fulltime outdoors writer. I would call him for advice and his insight was always enlightening.”

Since 1986, Stout has been a fixture among the outdoor community through his full-time, freelance writing career. Louie has won more than 50 state, regional and national writing and photography awards.

In 2005, he also was inducted into the National Freshwater Fishing Hall of Fame as a “Legendary Journalist.” Stout’s writings have appeared in Outdoor Life, Field & Stream, Sports Afield, Fishing Tackle Retailer and many other publications. He also has covered the Bassmaster tournaments for over 30 years as well as being a longtime outdoors columnist for the South Bend Tribune.

Stout has co-authored three of the nation’s best-selling, bass fishing books with six-time Bassmaster Angler of the Year Kevin VanDam. Currently, he serves as the boating columnist for Bassmaster Magazine.

Like Circle, Stout has been a mentor to many anglers and writers. “I won’t take credit for anyone’s success, but I’ve always made myself available to anyone who has sought my advice over the years,” he said.

“Louie’s an exceptional communicator as well as a good friend and mentor to many in the sportfishing industry,” said Laurie Lee Dovey, CEO of POMA. “He’s also one of a limited number of writers who has made his career as a freelance writer – a challenging task he’s mastered. POMA and ASA are proud to shine the spotlight on Louie. The recognition of his writing career is not only well deserved, it’s hard earned.”

“The POMA/ASA award recognizes the important role all outdoor communicators play in educating and informing the public about fishing, boating and wildlife conservation,” said ASA President and CEO Mike Nussman. “Louie is a strong conservation and recreational fishing advocate. This is a well-deserved honor.”

POMA accepts nominations year-round for the Homer Circle Fishing Communicator Award. Nominees are not required to be affiliated with a communicator’s organization. The award is presented as deemed appropriate, not necessarily annually, during ICAST.

The American Sportfishing Association (ASA)is the sportfishing industry’s trade association committed to representing the interests of the entire sportfishing community. We give the industry a unified voice, speaking out on behalf of sportfishing and boating industries, state and federal natural resource agencies, conservation organizations, angler advocacy groups and outdoor journalists when emerging laws and policies could significantly affect sportfishing business or sportfishing itself. ASA invests in long-term ventures to ensure the industry will remain strong and prosperous, as well as safeguard and promote the enduring social, economic and conservation values of sportfishing in America. ASA also gives America’s 60 million anglers a voice in policy decisions that affect their ability to sustainably fish on our nation’s waterways through KeepAmericaFishing™, our angler advocacy campaign. America’s anglers generate over $48 billion in retail sales with a $115 billion impact on the nation’s economy creating employment for more than 828,000 people.

Just a few weeks after the conference, with one project, I was able to generate coverage for six POMA Corporate Partners. And, with the participation of those partners, I was able to write a much more rich and interesting review.... Read More