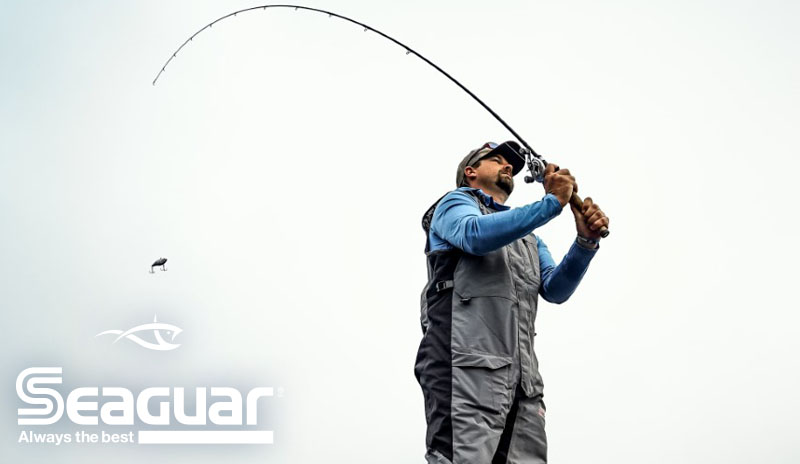 Throughout the world, across the country, and even within your state, innovative anglers develop unique presentations and perfect creative refinements to help them catch more fish. Many of the advances to the art and science of fishing originate with professional anglers, as success within the fiery cauldron of competition often requires out-of-the-box thinking to transfer wary, pressured bass from lake to livewell. Seaguar®, the inventors of fluorocarbon fishing line and leading innovators in line technology, embraces the insights developed by tournament anglers, and is pleased to welcome a new group of touring professionals to their pro team.

Luke Clausen is one of only a handful of anglers to win both Forrest L. Wood Cup and Bassmaster Classic trophies. Clausen notched those two victories early in his career, winning the FLW title in 2004 and the Classic in 2006 – just 18 months into his time as a professional angler. That kick start has turned into one of the most successful tournament fishing careers to date: Clausen has racked up 32 top 10 finishes and over $2.5 million in tournament winnings, and currently competes on the MLF Bass Pro Tour. Finesse swimbaits are one of Clausen’s favorite presentations, and he relies on 20-pound test Seaguar Smackdown™ to get his bite-sized baits deep and keep them in the strike zone.

Gerald Spohrer traces his fishing roots to early childhood trips with his Grandfather in pursuit of the Louisiana bayous’ abundant redfish and speckled trout. After cutting his teeth in Bassmaster Opens and Elite Series events and qualifying for his first Bassmaster Classic in 2019, Spohrer made the move to the MLF Bass Pro Tour during its inaugural season. Spohrer feels that the willingness to listen to your own instincts can separate good anglers from great ones, and will be leveraging Seaguar fluorocarbon and braided lines in pursuit of tournament victories this season.

Miles “Sonar” Burghoff enters his second year on the FLW Tour after fishing competitively for well over a decade, including 17 top 10 finishes and the distinction of being the only angler to qualify for the BFL All-American through the college ranks. A successful Tennessee River guide with a very active social media presence, Burghoff is also the co-host of Sweetwater Fishing TV and an FLW Cup qualifier. Burghoff prefers Seaguar fluorocarbon and braided lines because they consistently have smaller diameters than other lines at the same pound test rating, giving anglers the edge and putting more fish in the boat. 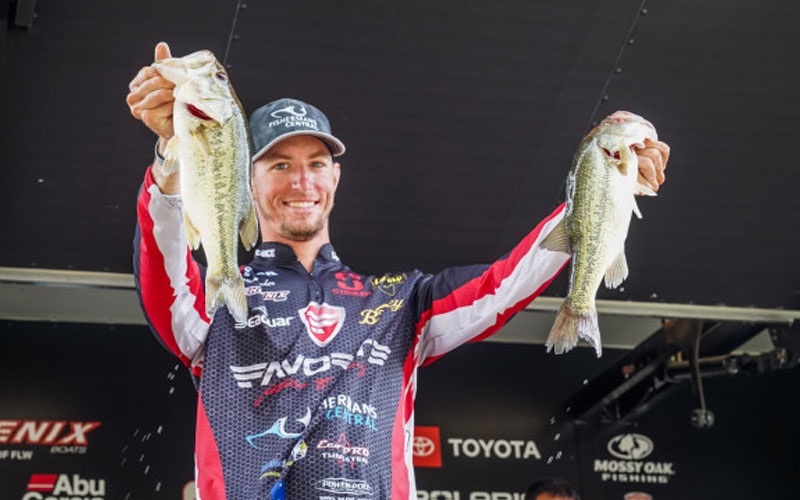 Matt Becker, the 2018 FLW Tour Rookie of the Year and two-time FLW Cup qualifier, is in his third year fishing on the FLW Tour. With seven top 10 finishes and one victory under his belt, Becker is a believer in linking the power and sensitivity of Seaguar Smackdown™ with the abrasion resistance and near invisibility underwater of Seaguar AbrazX®. For example, at his recent fourth place finish at the FLW event on Lake Martin, Becker targeted largemouth on wacky rigs using 20-pound Smackdown™ in Flash Green, coupled to a 10- or 12-pound test AbrazX leader.

Chris and Cory Johnston are two Canadian brothers who are pursuing their professional fishing dreams together as Bassmaster Elite Series anglers after several successful seasons on the FLW Tour. The Johnston brothers have fished together for over 20 years, sharing expenses, tournament winnings, and sponsor support through a partnership that is unique in professional angling circuits. Chris and Cory also share a tournament-tested appreciation for Seaguar lines and leaders – they spool their spinning gear with Tatsu and their baitcasters with AbrazX, and also turn to the enhanced abrasion resistance of AbrazX leaders for any presentation that involves bottom contact.

Drew Cook won the 2019 Rookie of the Year title on the Bassmaster Elite Series and is starting his second year of fishing the Elite circuit. A professed “self-taught” angler, Cook has been fishing competitively since the age of 13, winning the Bassmaster Florida State Championship while in high school. A season-long fan of lipless rattlebaits, Cook spools up with 30- to 50-pound test Seaguar Smackdown™ to rip his lures through grass and bounce them off stumps.

Marc Frazier has set his sights on qualifying for the Bassmaster Elite Series as he begins his second season fishing the Bassmaster Opens. Frazier, who was once drafted by the San Francisco Giants to play Major League Baseball, decided instead to pursue a college education – and eventually, professional bass fishing. Join us in watching this Georgia native climb through the ranks and earn his way to the Elites!

The entire Seaguar pro team knows what it takes to win, and will leverage the benefits of Seaguar fluorocarbon and braided lines to catch more bass, hoist more hardware and cash giant cardboard checks this season. Watch them in action – online, on the water, and on the stage – and you’ll quickly learn why these anglers, and Seaguar, are Always the Best!

Had it not been for Money Line listings, I would not have found my current job at Sporting Classics magazine. I was traveling to Montana this summer with a friend, when we stopped in Kearney, NE for a night. In a small pub, I checked the Money Line, saw the job opening and applied for it thinking it was a long shot, but worth a try. Next thing I know, I'm sitting here telling you this.... Read More