ATHENS, GA (February 10, 2020) – The Quality Deer Management Association (QDMA) today released its 12th annual Whitetail Report, a comprehensive update on the status of white-tailed deer including deer harvest trends through the 2018-19 season, the most recent hunting season with complete deer harvest data available from most whitetail states and Canadian provinces. That season, the national percentage of yearling bucks (1½ years old) in the total antlered buck harvest fell to 30%, the lowest ever recorded. 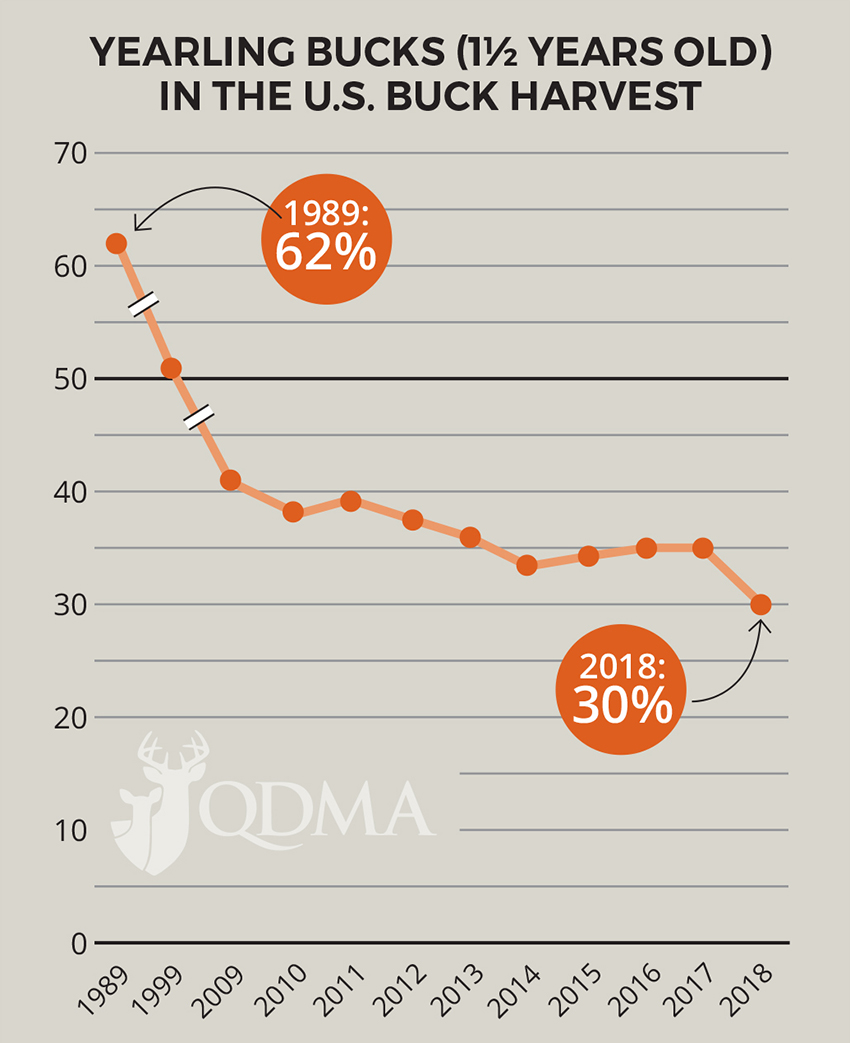 “The fact that less than one in three antlered bucks shot today is 1½ years old is amazing,” said Kip Adams, QDMA Director of Conservation. “The result is that deer populations are more socially balanced, and of course hunters are seeing and harvesting more adult bucks. The average percentage of the buck harvest that was 3½ years old or older was 37% in 2018, which is by far the highest percentage ever reported.” 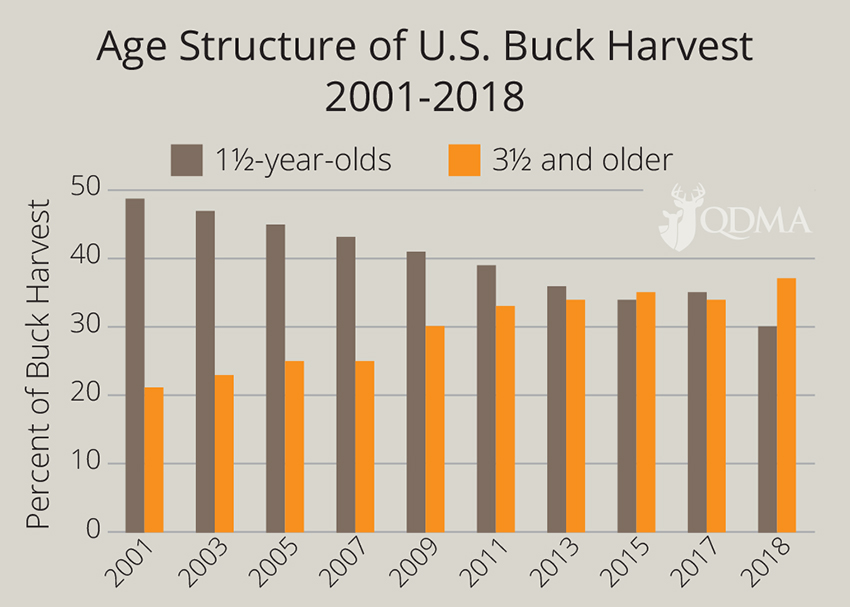 Meanwhile, the national antlerless deer harvest was lower than the buck harvest for the second year in a row, at 2,881,168. Modern antlerless harvests first surpassed the buck harvest in the 1999 season and remained higher for 17 consecutive seasons until 2017.

“Reduced antlerless harvests are necessary in areas where deer herds have been balanced with the habitat and when other mortality factors, such as predation or disease, are increasing,” said Adams. “However, few states should be harvesting more antlered bucks than antlerless deer on a regular basis.”

Among other facts to be found in the new Whitetail Report:

Complete state-by-state estimates of total buck harvest, buck age structure, and many other harvest parameters are available in the full Whitetail Report, which also includes a look at numerous other critical issues for whitetails and deer hunters.

Printed copies will be available for $12 by pre-ordering at this link.

Each annual Whitetail Report is different, as they cover the most pressing issues of that year. To review all of QDMA’s Whitetail Reports going back to the first edition in 2009, visit QDMA.com.

QDMA is dedicated to ensuring the future of white-tailed deer, wildlife habitat and our hunting heritage. Founded in 1988, QDMA is a national nonprofit wildlife conservation organization with 50,000 members in all 50 states and Canada. To learn more about QDMA and why it is the future of deer hunting, call 800-209-3337 or visit www.QDMA.com. QDMA can also be found on Facebook at www.facebook.com/TheQDMA and Twitter at www.twitter.com/TheQDMA.

I just wanted to tell you how much I appreciate our membership in POMA.  I thought you might like to hear a great example of why it is important for companies like mine to support you. John Phillips has a new book, with a second volume already being worked on, that teaches people How to... Read More