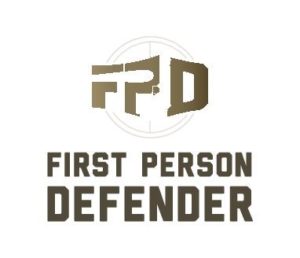 MANDEVILLE, LA – Gun Talk’s First Person Defender® is back for its ninth season! New episodes of the popular self-defense series, plus bonus training and tip videos, premiere each Sunday at GunTalkTV.com, and on Gun Talk’s YouTube, Facebook, Roku, Amazon Fire TV and Apple TV channels, Chromecast, iOS and Android apps, and at guntalk.com through the end of the year. Watch the first episode and new tips now at GunTalkTV at https://bit.ly/3gUzllQ, or any of the other Gun Talk platforms.

The yearly return of the First Person Defender series, or FPD as many fans calls it, is always highly anticipated. FPD takes regular “good guys” and puts them in intense self-defense situations, using modified guns and marking cartridges with force-on-force training to see what works, and what doesn’t. As the Defenders face off against car jackers, armed robbers, and even attacks from those you would least expect, viewers learn a variety of tips and techniques from FPD’s pro-trainers, and get a unique first-person look at what it’s like to defend your life or the lives of your loved ones.

This season of FPD can be viewed – as can the first eight seasons and bonus tips – at GunTalkTV (https://www.guntalktv.com/first-person-defender-1), on Gun Talk’s Roku, Apple TV, Amazon Fire TV, YouTube, and Facebook channels, on the Gun Talk website at https://guntalk.com/, on Chromecast, and on Gun Talk’s iOS and Google Play/Android apps. Subscribe to any of the Gun Talk channels to be the first to watch, and follow Gun Talk on Facebook for First Person Defender casting details. The ninth season of First Person Defender is made possible with support from Colt, Crimson Trace, Ruger, Springfield Armory, and SureFire.

For advertising information, contact Ryan Gresham at ryan@guntalk.com, or 985-792-7670.

POMA is a money maker! A casual conversation at the POMA business conference turned into a friendship, and almost immediately, into a lucrative business deal for Gun Talk Media. In business, it's often about the contacts, and POMA provides quality contacts.