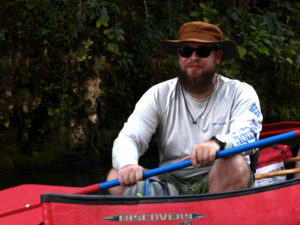 GoWild has officially named Zack Grimes as President. The role is new to both Grimes and the company. Brad Luttrell remains as Chief Executive Officer.

Grimes, who is a Cofounder of GoWild, previously served as Chief Analytics Officer. He has led the company’s data science efforts, most notably building the content recommendation engine and developing the algorithm that powers the trophy system.

“I’ve known Zack for nearly a decade, and have seen few people continue to evolve their career and knowledge base like him,” said Luttrell. “Throughout this year alone, we’ve seen Zack step up to new responsibilities and leadership, in some ways that were asked of him, but in many that were not. I couldn’t be more proud of him or more confident in the Cofounders’ collective decision to vote Zack in as President.”

In addition to Luttrell, Cofounders Donovan Sears (Chief Product Designer) and Chris Gleim (Chief Development Officer) voted to promote Grimes, where he will take on multiple new responsibilities. In addition to leading all data science efforts, he will now focus on the quality control and product development of the GoWild product. He is also overseeing the day-to-day finances while working with Luttrell on the long-term financial health of the company.

“Since founding GoWild, our Cofounders have focused on building a world-class product in addition to a healthy, sustainable company,” said Grimes. “We haven’t done this like a typical social media startup, and we’re OK with that. My focus with the new role is to ensure we’re building the right company for us and our stakeholders. That means moving fast and thoughtfully, and building something that is more than a fad. We want GoWild to be a sustainable platform for this generation and the next.”

GoWild officially ended its beta testing and launched in March 2018. GoWild has grown its active member base 274% in 2019, with average member comes back to the platform eight times per week. In the first week of October, GoWild had more active users than the entire month of June. In 2019 year to date, the company has increased its top-line revenue 265%, compared to 2018.

Hear our podcasts with Zack Grimes.

GoWild is a social and commerce-driven platform for outdoor enthusiasts. Members can live-track outdoor activities, share, find and purchase gear, and track their best outdoor achievements. The app is free and available for Android, iOS and Garmin at downloadgowild.com. GoWild has worked with brands like Garmin, Polaris Adventures, First Lite, Outdoor Access and National Wild Turkey Federation.