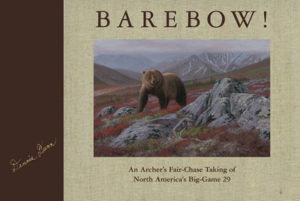 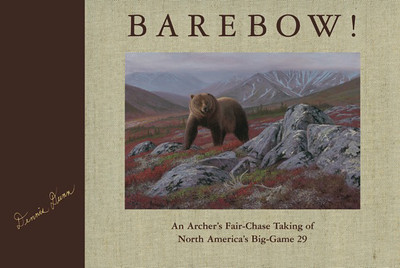 When BAREBOW! An Archer’s Fair-Chase Taking of North America’s Big-Game 29 was first released at the Rocky Mountain Elk 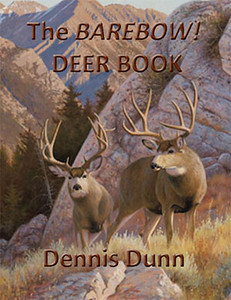 Foundation Visitor Center in Missoula, Montana, on National Hunting & Fishing Day of 2008, it instantly became one of the most comprehensive, single-volume reference works ever published on all of the North American continent’s huntable species of big game.  The many dozens of positive reviews that followed in different magazines and newspapers around the country foreshadowed the five national awards the big coffee-table-style book was to garner in 2010.  Foremost among those was POMA’s highly-coveted Mossy Oak PINNACLE Award. 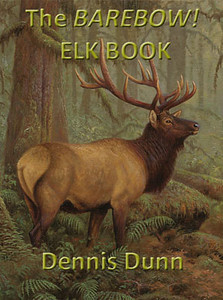 Author Dennis Dunn has just scored another triumph for his book, as a result of having republished (late last fall) the 360,000-word tome as a 7-volume series of eBooks — downloadable from AMAZON and BARNES & NOBLE to Kindle Readers, Nook Readers, and iPads.  Dunn was informed via email on Friday, April 19th, by the Jenkins Publishing Group, that his eBook entry, THE BAREBOW! BOOK, is being awarded their national eLit competition’s top award — the Gold Award — in the category of “Sports/Fitness/Recreation.”

Dunn’s victory is considered to be rather stunning, since his entry was up against scores of other works in such fields as fishing, mountain-climbing, skiing, tennis, golf, baseball, basketball, and football, to name just a few.  This award is bound to draw more public attention to archery hunting, and to the role it (and all hunting) plays in the conservation of our North American wildlife resources. 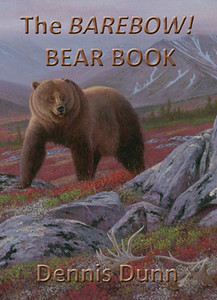 Idaho artists Hayden and Dallen Lambson can take some real pride in this award, as well, because their dozens of wildlife paintings and drawings constituted a priceless contribution to the success of the larger work.

The Jenkins Group has announced that all 2013 eLit medal winners will be invited to display their winning entries this coming May 30th–June 1st in New York City at the 2013 BookExpo America show, where the Jenkins Publishing Group will present its New Title Showcase of this year’s winning eBooks.  Dunn promises that his works (both the original hardcover and the eBook series) will be there on display.  Some 22,000 + attendees visit that show every year. 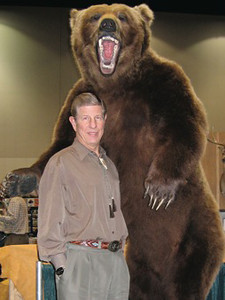 For further information about any of Dunn’s books, one can visit his website at: www.str8arrows.com.