If you’re relatively new to this business of outdoor writing, you’re probably trying to figure out how to get enough business to make it a full-time gig. You figure your prose would blow away Hemingway—and maybe you could. There’s a gazillion storylines rambling in your head. Like the young man looking longingly at the comely blonde, you have lead in your pencil, but nobody to write to. And like virtually every up-and-coming writer, you could paper your house 10 times over with rejection slips, and the insulation would cut your heating bill in half. 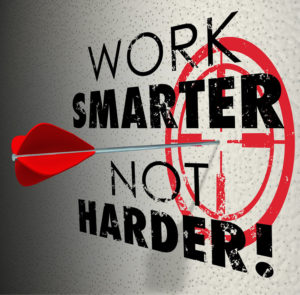 As an editor in recovery, I have seen most all that lay claim to being a writer at one time or another. I could write a book on getting published and maintaining a publishing schedule. Space limits what I can divulge now, but here are four things you can do right now that will help you achieve your objective.

Everyone has heard the old saying, “It’s not what you know, but who you know.” Nowhere is that more true than in the publishing business. Get to know not only the editors of publications that you want to write for, but also develop relationships with PR and media relations personnel on the product side.

Even if you are a die-hard angler or hunter who doesn’t want his or her reputation sullied with product mongers, you will eventually need these people and their contacts throughout the industry. Whether editor or PR person, don’t initiate the relationship with your hand out, nor do you want to come across as some disingenuous sycophant. Be professional. Exchange business cards and follow up each new introduction with an e-mail within a week or two of the meeting.

Keep your word regarding deadlines and assignment details

If you agree to provide the editor with 1,800 words and 10 to 15 images by a certain date, make sure you do just that. Even better—get it to the editor before that deadline. If there is some unavoidable circumstance that prevents you from doing so, let the editor know as soon as possible. Don’t wait until the deadline and say, “Sorry but I could get it to you because…”

If your article is a product review or testing and evaluation, and the manufacturer keeps giving you the runaround, not getting the product to you, forward those e-mails to the editor so he or she is aware of the circumstances.

Give editor’s more than they expect

Giving more doesn’t mean give them 2,500 words if they asked for 1,800. What it does mean is perhaps including some extra images or maybe a parallel sidebar describing in detail a technique you used to catch that big bass or fool a cagey old buck. The sidebar is part of the whole word count. Maybe a chart or graph might help the reader (and editor) better grasp what you are explaining.

Find out what the editor wants and how he wants it

You accomplish this goal by asking. For example, most editors don’t have the time or inclination to read a manuscript they did not ask for. That’s why they want you to query them. One guy once sent me a 4,500-word tome and a couple of hundred images after I specifically told him not to, and that I wanted a short and to-the-point query. He said in his letter that it was easier for him to do it that way, and he also demanded more than twice the rate of compensation for his uninvited work. His three-pound package of manuscript and slides were returned to him, unopened, along with a terse letter not to send me anything else again. To the best of my knowledge he has never written for a gun publication in the U.S.

Editors may seem to be lazy. They don’t like having to edit manuscripts or tweak images very much. It isn’t really that they are lazy—though some are—it’s because their duties have expanded just as many workers responsibilities have. Make their life a bit easier by providing them a superior product the way they want it. Do it on time, and you’ll end up working as much as you want.

Dave Campbell is the founding editor in chief of the NRA’s tremendously successful Shooting Illustrated  magazine. In 2006, he also edited the iconic book of terminal ballistics, Rifle Bullets for the Hunter—A Definitive Study. He returned to his beloved Wyoming in 2007 as a freelance writer, though he usually refers to himself now as a “recovering editor.” Campbell’s penchant for hunting has taken him all over the U.S. and much of Canada, and to Europe and Africa.

I have 7 articles publishing this week due to my association with POMA. Not to mention the numerous business opportunities from people that I have met. Just last week a company that I wanted to do some business with automatically jumped on board when he heard that I was a POMA member. I can't even begin to tell you how much business I did just this week due to my POMA connections.